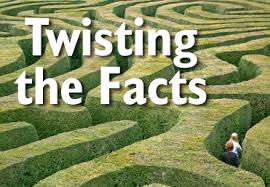 To help others, I have written a true memoir of my twenty years with Amma. However, because erstwhile friends are unable to attack the veracity of my unwelcome revelations about their teacher and organization, they have untruthfully attacked my character. And they have mischaracterized the Balu story as “memories recovered” rather than “meanings revealed.”

In one of their defamatory blog posts they say that: “if any of the recollections recorded in Gayatri’s book are the product of recovered-memory therapy, then there is good reason to question their validity.”

But I have never done recovered-memory therapy. Like an unforgettable nightmare, my memories of this life phase are vivid. However, for years I suppressed and psychologically denied their true meaning as sexual abuse and rape, not the details of what happened in private with Balu.

When you have an unwanted physical relationship in your mid-twenties, you remember it very well, unlike children. You do not need therapy to reconstruct the event. Besides, the situation was ongoing, which means the memory was constant. If one reads this chapter with an open mind, I clearly express guilt, shame, self-blame, and that I was trying to bury the memories.

Several years after I left, a former Amma friend encouraged me to see an intuitive energy worker, a healer. I found the couple of sessions I had with this woman incredibly helpful. When I wrote the chapter about my sordid experiences with Balu, I did not know how to label this healer’s gifts, so used the words “intuitive counselor”. It was during one of these mostly silent healing sessions that she exclaimed, “You’ve been sexually abused”. No new memories were uncovered. Her words merely allowed me to review my painful memories from a different perspective. Finally, I was able to alleviate some of the guilt and shame, and acknowledge it was sex against my will